How to "bully-proof" your child

As your child progresses through elementary school and becomes more oriented toward their peers, one dynamic to watch out for is bullying. In recent years there has been more awareness of the harm caused by bullying for all involved. But natural underlying drives – for status, belonging, and power among peers – will continue to foster this behavior.

As a parent, you may not be able to prevent all bullying, but if you respond with trust and compassion for your child, along with appropriate limit setting, you can make a big difference. 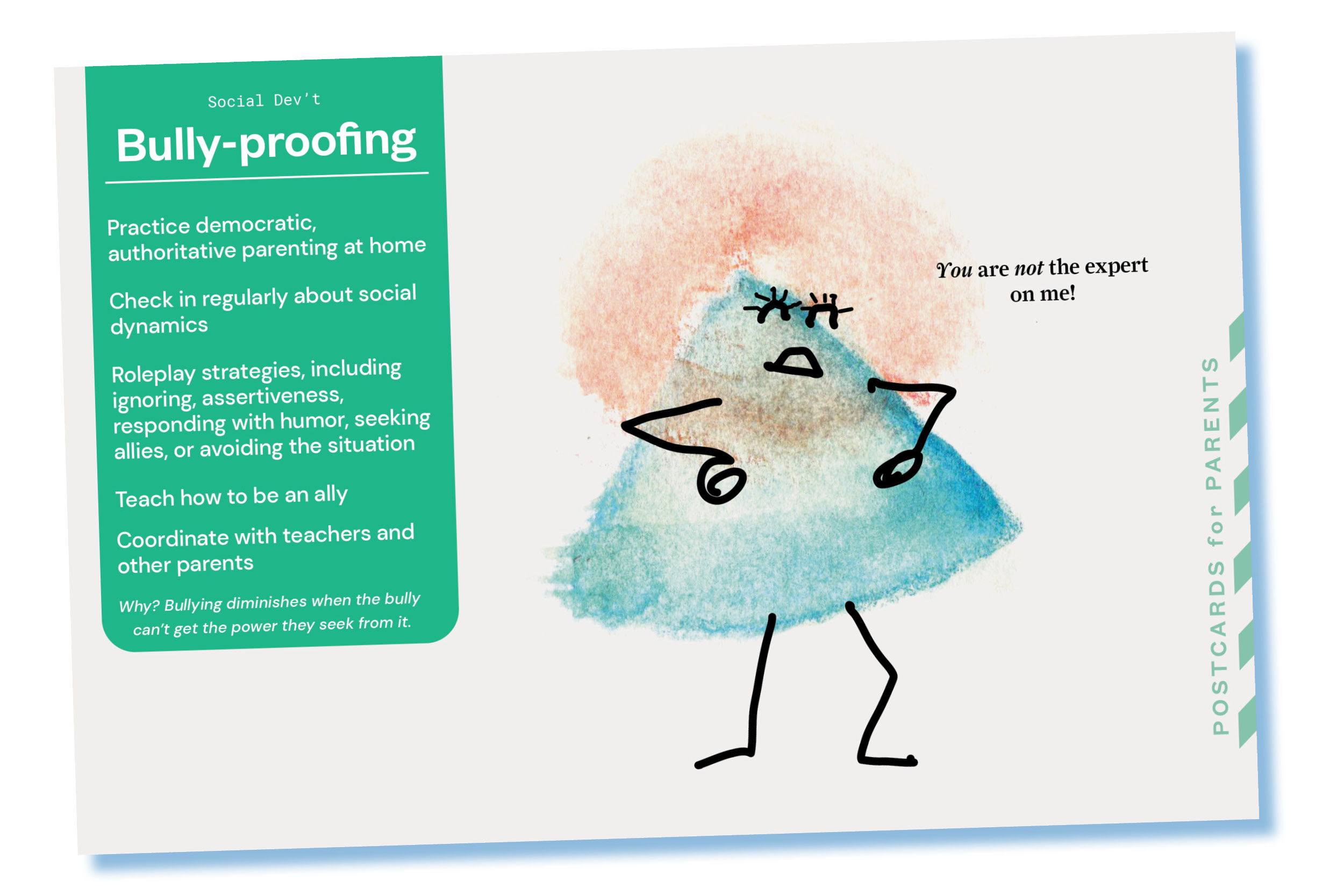 Bullying is defined as any type of aggressive behavior, whether physical or verbal, that is used to hurt, intimidate, or gain power over another person.

Though the classic idea of bullying is the physical kind, there are actually many forms of bullying that you should be alert to:

Anybody can be targeted for bullying, but bullies often seek out victims who stand out or are ‘different’ in some way (even including being especially talented, smart, creative, or popular).

Bullying has harmful effects and can leave emotional scars for everybody involved – the bully, the bullied, and the bystander:

In the triad of the bully, the bullied and the bystander, it is actually the bystander (sometimes called an upstander) who has the most power. Because they were not targeted by the bully, they may be able to intervene—by speaking up or seeking an adult to help—and break up the dynamic.

Another thing to know is that kids who are being bullied often suffer in silence rather than reporting it. They usually feel shame and embarrassment, and may feel that reporting it will make the situation worse. For this reason, be on the lookout for signs that can indicate bullying. Probe more deeply if you notice:

Whether your child is engaging in bullying behavior, is a victim of bullying, or is a bystander, this dynamic causes a lot of stress and suffering. Your child needs your engagement, compassion, and non-judgmental support to help them weather any of these roles.

How does this apply to your child?

Get info and tips specifically for your child’s grade. LOGIN below, or SIGN UP – 30 days free!

What's so great about gratitude?

Our personalized service is currently only available for grades K-6. Stay in touch and we'll be expanding soon!